The continuous thrust given by the Government in the Agriculture Sector has yielded in higher productivity and production of different crops. This encouraging trend achieved by the State has been duly recognized by Government of India. The State has been rewarded as - 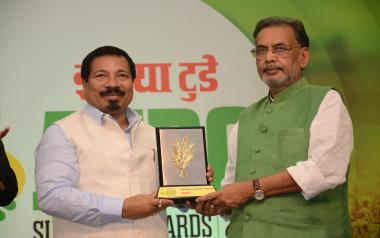